Last Leap Day, I was in Puente Hornopiren in southern Chile, about to launch a sea kayak down the Pacific coast. Hornopiren was the official starting point—notable only because it’s the village that was named in the Outward Bound course catalog, which I read nightly for the month leading up to my trip. 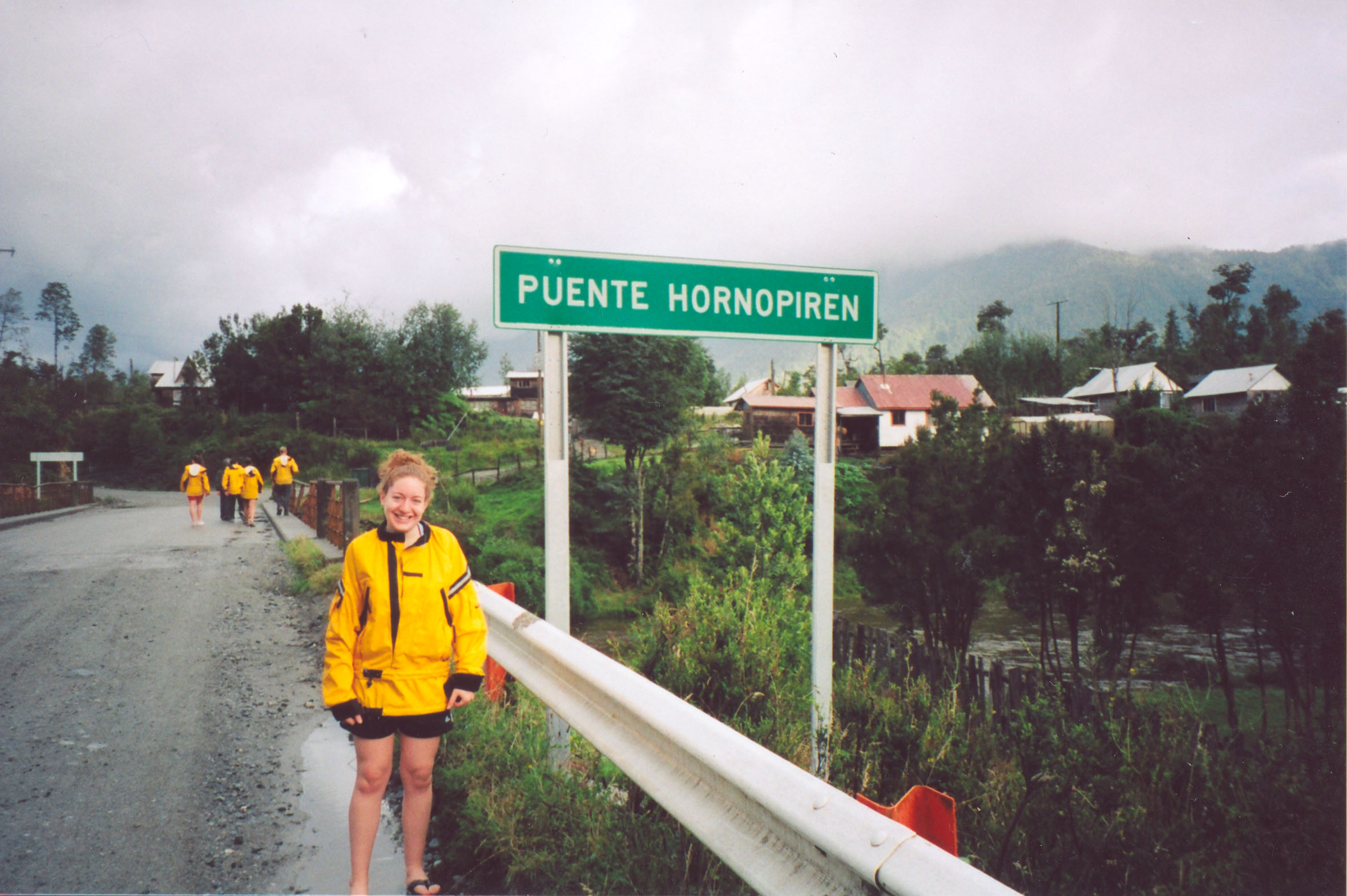 I remember posing for this picture. I hesitated before I asked German, one of two Chileans among us, to stop with me next to the sign. I didn’t want to be the one to hold up the group on our way out to sea. We were about to leave the landmark behind when a thought occurred to me, one that tickled on a phantom limb throughout my time in Patagonia.

After barely a moment, I would depart from that spot for good. The signpost would stand there beside the dirt road, beneath rolling clouds of mist on some days and endlessly blue skies on others. The mossy hot springs and the frigid cascadas in the Fiordo Cahuelmó, the keenly lit market in Chaitén, and every crest of pebbled beach somewhere in between would forget my footprints. With time, my memory would weaken and Chile would once more seem too remote to comprehend.

I wanted a photo that would remind me of that day and of that rare patch of the planet and its very existence. I didn’t want to look over my shoulder just before the next bend in the road and miss what I had already left behind.

We tramped on toward the harbor. At the very last second, almost impulsively, I stopped short and handed my camera to German.

While he framed the shot, I bounced on my toes, feeling sheepish. Such a tourist. But I thought, “this is your only chance, and you’ll regret it if you pass it up.” I coach myself with that phrase and I rarely look back to see if it’s true. Of course, I can’t know how much I would have missed this photo if I hadn’t taken that pause; I only know that I’m glad I did.