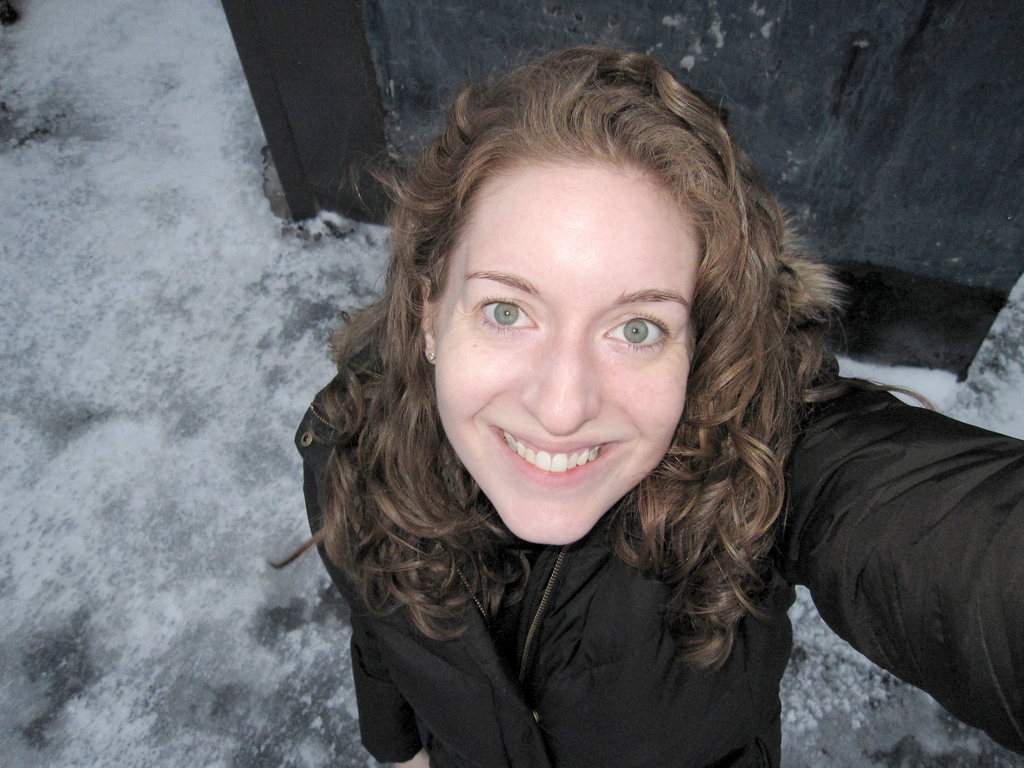 Last week, I was tromping around in the snow on the roof of my office building.  It was so windy that my pupils couldn’t focus properly, like I had a layer of slush coating my eyes instead of tears.  My hands were slow and stiff in the cold, but I managed to take the token self-portrait above.  For posterity.  Because I hadn’t expected to hear the voluminous hush of snow again in Winter 2009, and then I got this one last chance.  And you never know where I’ll be for Winter 2010.

Over the weekend, positively balmy temperatures drained away every remnant of that last chance snow storm.  I went out in a cotton tank and a light wool cardigan.  Wearing sporty silver flats.  My bare ankles were exposed and they were like, “hello world!”  We opened all the windows on Saturday morning and when I got home early, early Sunday morning, the smell of warm, damp bricks still swished around the perimeter of the apartment.

One year, my high school closed for a day in the middle of May because all the school buses had been vandalized.  Usually it takes a snow storm to cancel school, but they couldn’t transport students in buses with blacked out windows.  The weather was warming up, but that day, the air just happened to be saturated with the scents of sun and grass.  It was so, so hard to go back to school the next day, having had that taste of summer, and knowing that our long vacation was so close.

Now that there’s no real summer vacation to anticipate, the weather taunts me with just the coming of a different season.  Me and my ankles.