Can you find the future world leader in this photo from this past Tuesday’s New York Times? 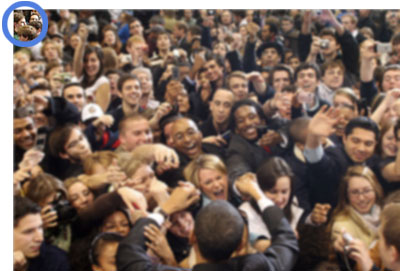 That’s my little brother Will at Barack Obama’s rally at American University on Tuesday. My dad spotted him in this photo in the first section of the Times. It’s also on the NYT Caucus blog: Obama, Kennedys Resonate with Youth.

And now I’m the only member of my family who hasn’t made a nearly negligible appearance in the Gray Lady.

P.S. Will brought his own camera to the big event on his campus (he sort of looks like he’s scoping an angle in the Times photo).  His best shots are of AU a capella group On a Sensual Note, but this is my favorite photo of actual political personalities. 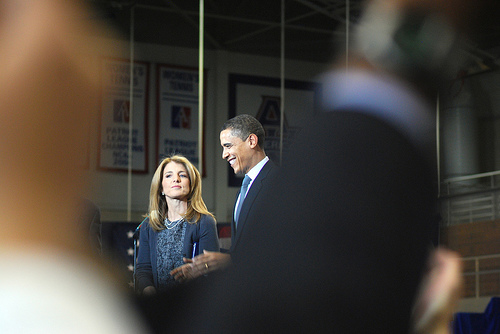 Photo by Will White, My Brother