That was my reaction, too, when I got home from work last night and flipped on NY1 to see crowds of people gathering not in Azadi Square in Tehran, but outside Ronald Reagan UCLA Medical Center. I descended on to the futon and sat there staring at the TV and wearing my doubleyoo-tee-eff face—the one I use to bait instant assistance in hardware stores and auto service stations.  One eyebrow up, one eyebrow down, nose wrinkled a little bit, mouth quirked up on one side and mouth dropped open (the degree of openness depends on the extent of my confusion).

Like Michael himself, my grieving process was unconventional.  In lieu of anger, bargaining, and depression, my emotions hopped from yeah right to uhhh, for serious? to this is super freaking weird and then I had to call my dad and ask him why so many bad things are happening in the world.

My Cool Aunt gave me Dangerous on cassette tape for Christmas when I was eight years old and I lllllloved it. I just listened to iTunes’ 30 second preview of each song and I recognize only five: Heal The World, Black or White, Who Is It, Give In To Me (sort of?), and Will You Be There. Those are tracks 7-11, and from that I deduce that Black or White and Will You Be There were my favorite songs, and I learned to like the ones in between them (and the one right before Black or White because I had to hear some of it every time I rewound my tape to play through again—and again and again, for weeks straight).

It was the first mainstream album that ever captured me (previous fixations included the soundtrack to The Little Mermaid and the greatest hits of Sharon, Lois, and Bram). It’s hard to understand retrospectively exactly what it was, but there was something about the music—and to a lesser extent, the lyrics—that I really felt. It sounded beautiful and interesting and emphatic in a way that I hadn’t yet realized music could sound.

END_OF_DOCUMENT_TOKEN_TO_BE_REPLACED

Tina Fey as herself

The Unstudied Art of Interrogation by Scott Shane.  The New York Times, March 8, 2008.

Mr. Kleinman said he envisioned a new intelligence agency or subagency devoted solely to interrogation — sponsoring research, conducting training and building a team of sophisticated interrogators with linguistic and psychological skills. He speaks of creating a high-level interrogation center in the United States where settings could be customized for a particular suspect, Hollywood-style, “whether it’s a Bedouin tent or a suite at the Waldorf.”

Comedy has changed on sitcoms, in clubs, and on Saturday Night Live. The repertoire of women isn’t limited to self-loathing or man-hating anymore; the humor is more eclectic, serene, and organic. ‘The consciousness changed’ is how Lorne Michaels explains the difference.

The tender mercy here is that a dog does not know the difference between a prisoner and a model citizen. It responds to kindness, firmness, patience and consistency.

Ikea has become a lodestone for heated discussion about the future of this village, and Brooklyn in general. Google “Ikea Brooklyn,” and you find a flurry of blogs, Web sites and organizations contending that the Ikea project forced unfair changes in the zoning rules, broke environmental laws during construction and, in a cultural sense, bleeds Brooklyn of its character and charm . . . But walking through the maze of home furnishings, I saw what I love about Brooklyn: everyone.

There are several drawbacks to the flaky, faddish school of greenery. The first is that trends come and go, yet the planet will still need saving if Dr. Earth and his ilk decide they are more interested in macramé or tae kwon do.

At the [Sidley Austin law] firm, Michelle was assigned to be Barack’s mentor, but she began with suspicions. “Everyone was raving about this smart, attractive, young first-year associate they had recruited from Harvard,” she’s said. “Everyone was like, ‘Oh, he’s brilliant.’ I said, ‘Okay, this is probably just a brother who can talk straight.’ ”

[Brad] Brekke had the revolutionary idea of creating a crime lab inside [Target’s] office headquarters.

Some people who look at the picture see stoicism, willpower, a portrait of resignation; others see something else — something discordant and therefore terrible: freedom . . . He is, fifteen seconds past 9:41 a.m. EST, the moment the picture is taken, in the clutches of pure physics . . . In the picture, he is frozen; in his life outside the frame, he drops and keeps dropping until he disappears.

[David] Crystal’s answer is that texting is, partly, a game. It’s like writing a sonnet (well, sort of): the requirement is to adapt the message to immutable formal constraints. A sonnet can’t have more than fourteen lines, and a mobile-phone message can’t have more than a hundred and forty bytes, which is usually enough for a hundred and sixty characters. This is a challenge to ingenuity, not an invitation to anarchy.

People tend to think that the confrontation produces the reaction; if you’re faced with an irrational rant, who can blame you for falling apart? But researchers in emotional regulation tease out a factor in between: how we think. Between the “a” of the antecedent and the “c” of the consequence, they argue, is the crucial “b,” for belief, which in the case of the person melting down might sound something like: my boss hates me, everyone hates me, I’m a total failure.

That is the opportunity for emotional regulation.

Bargain Hunting for Books, And Feeling Sheepish About It by David Streitfield.  The New York Times, December 27, 2008.

‘With the Internet, nothing is ever lost,’ Ms. Lesser said. ‘That’s the good news, and that’s the bad news.’ 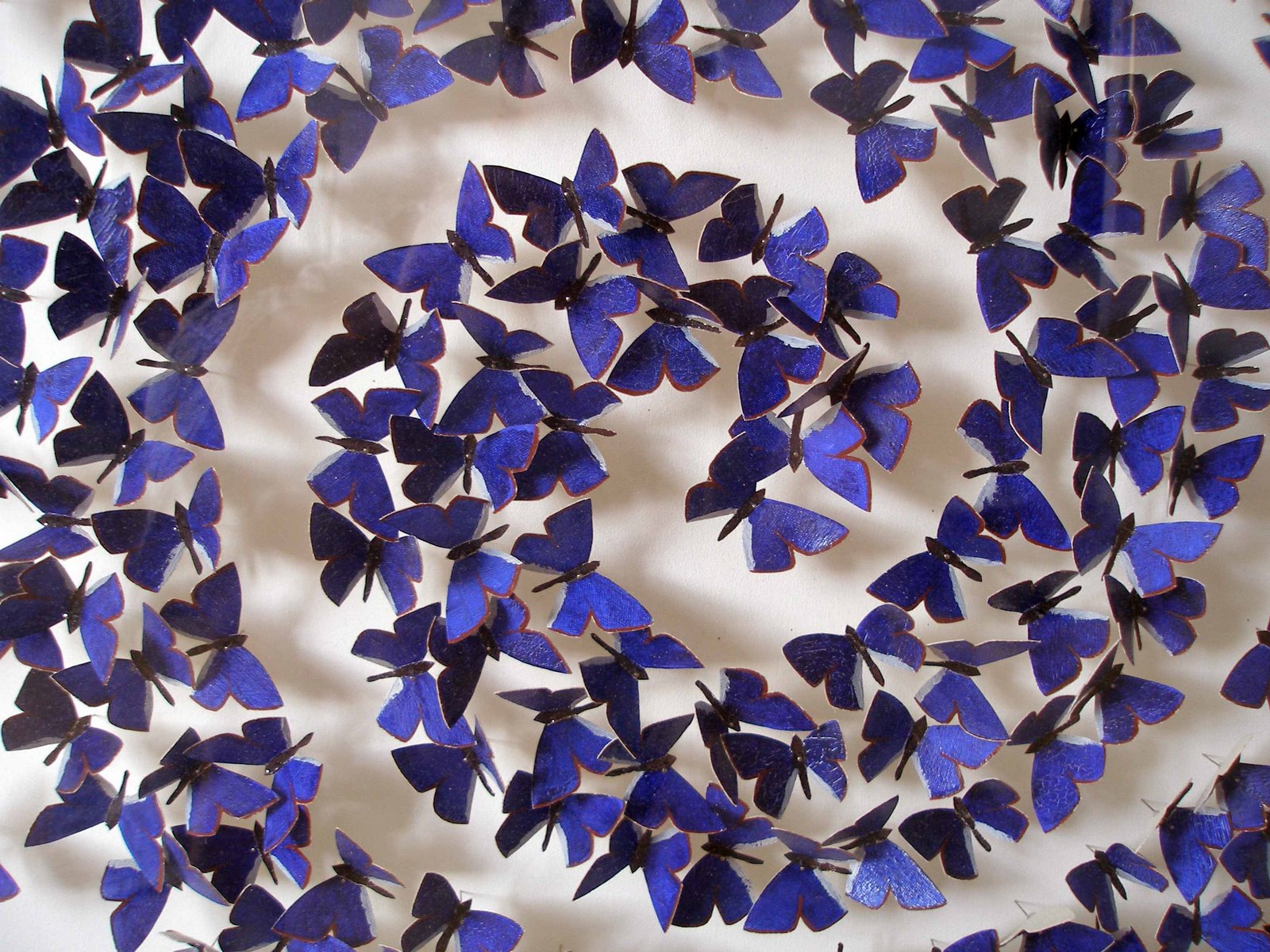 Flutter of butterflies via ffffound.

This week I have been listening to:
Bach’s Cello Suite No. 1
Let Me Touch You For Awhile by Allison Krauss
Good Mother by Jann Arden
United by Bon Jovi
Running by Evermore

Today, I took responsibility.  Today, I stood up for myself.

Today, I was inspired by a candidate and by my country. 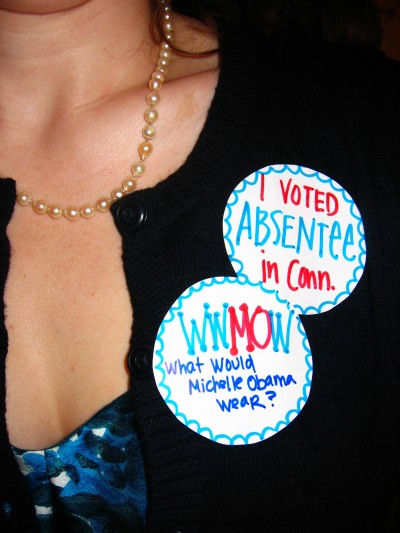